To mark the ‘Plant a Tree Year’ in 1973, a northern red oak tree (Quercus rubra) was planted at Wexham Springs, where our annual shows were held for many years, by Jeanette Hartley, who was Chairman at the time. It was chosen for its striking bark and colourful autumn foliage and we picture it here 45 years on with Jeanette. 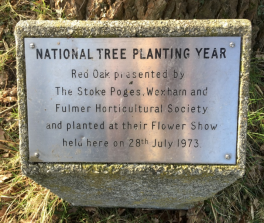 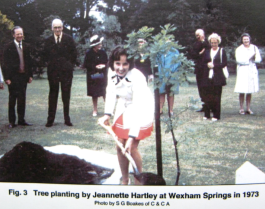 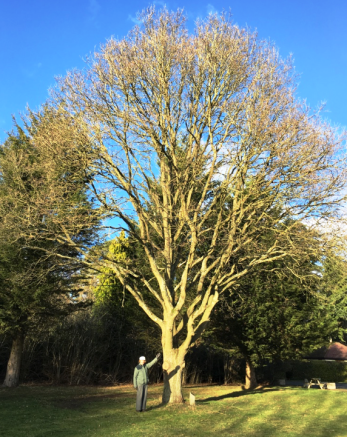 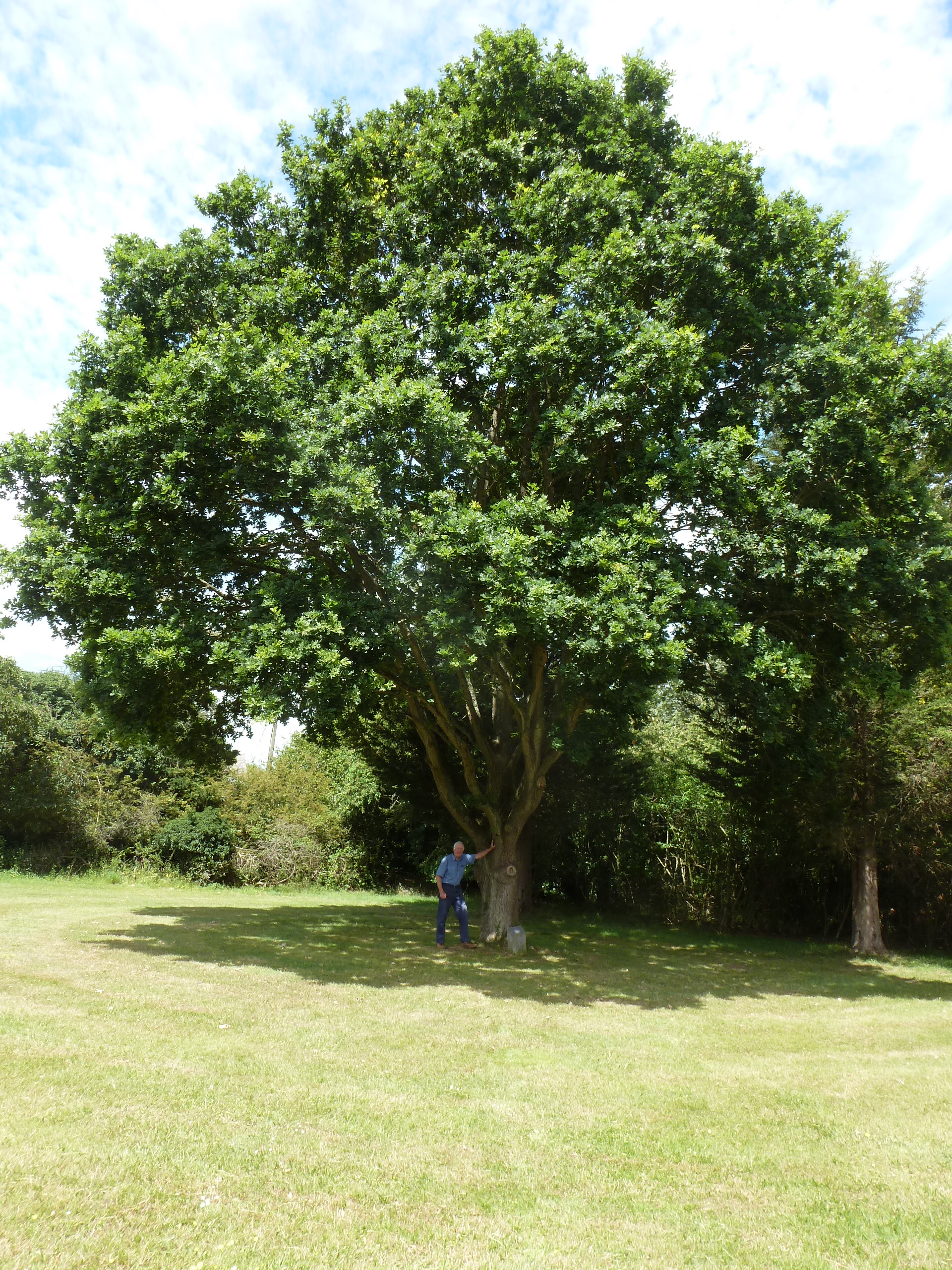 The Society’s 125th Anniversary was commemorated on 5th May 2009, with the planting of a Wollemia nobilis in the Stoke Poges Memorial Gardens by the then President and Chairman, Jon Homan and Roger Beauchamp. This tree species was, until the late 1990’s,only known from fossil records and thought to be extinct. It was discovered by David Noble, a ranger in the Wollemi National Park, New South Wales and identified by the Sydney Botanic Gardens and assigned to the Araucariceae, an ancient family of coniferous trees including the Monkey Puzzle tree.

By an extraordinary co-incidence, at exactly the same time as the planting in the Memorial Gardens in 2009, Her Majesty The Queen and HRH Prince Philip were also planting a Wollemi nobilis at the Royal Botanic Gardens in celebration of the 250th anniversary of Kew Gardens.  A reply from Her Majesty the Queen in response to a letter from Jon Homan acknowledging this event, is reproduced in the History booklet. 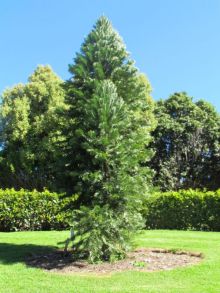 More recently in July 2017 the society planted a Paulonia tomentosum (known as the Foxglove Tree) on Bells Hill Green, Stoke Poges, in memory of Jim Ireland CBE, a former President Emeritus. The tree is showing some good growth and we hope it will provide much pleasure to all in due course.

The tree flowered for the first time in May 2021, it is now almost 5 mtrs tall and survived a pretty harsh winter and late frosts on April.